The health and economic impacts of COVID-19 have been overwhelming. Governments across the world have dedicated billions of dollars to stabilize the economy, while municipalities and their public health units have stepped up like never before to manage the pandemic. Our front line workers, particularly in health and public services have been the anchor that has held us all together. But our cities are now facing a new challenge – a looming cash crisis that threatens services and thousands of jobs. 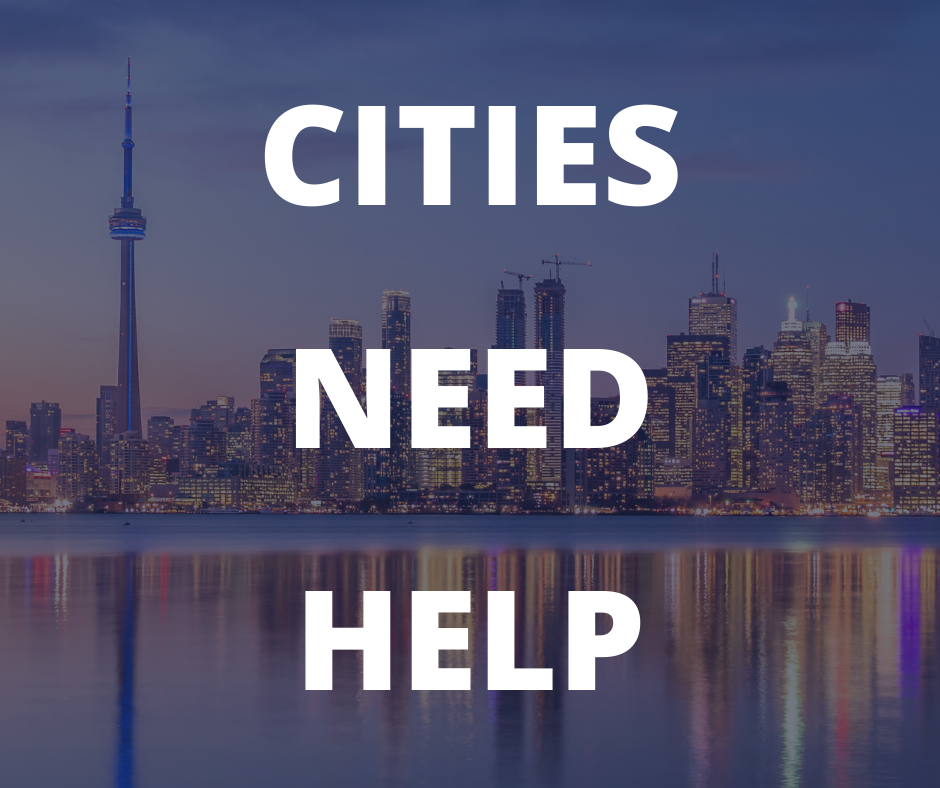 The Labour Council has fought for increased municipal funding for decades. We were on the frontlines when Mike Harris downloaded the costs of many public services to municipalities, and gave them no sustainable sources of revenue to match. The Conservatives abolished the traditional operating subsidies for transit, and tried to pressure cities to privatize essential assets.

Despite some measures that brought relief in the early part of this century, we have seen tremendous pressure put on the financial capacity of municipalities to maintain city services, while also diverting resources to the places that most need immediate attention. Toronto Mayor John Tory has warned of a city budget shortfall for 2020 to be close to $1.5billion. Hundreds of TTC employees have been laid off, with many more to come.

The Federation of Canadian Municipalities is calling on the Federal Government to step up and provide immediate $10 billion of immediate aid, to assist in the additional costs municipalities have borne because of the pandemic.  The City of Toronto laid out scenarios of potential ‘devastating cuts’ in press briefings, including a potential of 19,000 municipal employees being laid off, 61 community centres closing, over 40,000 child care subsidies eliminated, and all municipal long term care homes closed. In addition, $23m reduced from the Fire department’s budget. With TTC revenue declining by half, the TTC expects an estimated shortfall of over $575m worth of service reductions.

Adding to the expenditures, the city will suffer significantly on the revenue side as well as property sales have declined the municipal land transfer tax will subsequently be reduced. Unlike other levels of government, cities are bound by constitutional limits to have very minimal capacity to raise their own revenue. The scale of the problem for York Region municipalities may not be as severe, but they too will be unable to balance their budgets without new money.

While the crisis has created tremendous difficultly, cities still need to invest in initiatives that will assist people in the recovery and rebuild process, while holding true to the promise of sustainability and equity. This will only happen if both senior levels of government commit immediately to emergency relief.  To secure that commitment will require a massive public campaign to pressure every politician in Canada.

The Canadian Labour Congress has launched the “Cities Need Help” campaign and reached out to Labour Councils and affiliates across the country. Our entire movement in greater Toronto needs to come in behind this campaign and make it as powerful as possible – this will require “all hands on deck” from unions and community allies to win the scale of finances necessary to avert disaster. Our Labour Council has convened all municipal unions to drive the campaign down into their memberships, but we need every union – in every sector – to be engaged. No matter where we work, our lives are centred in the communities we live in, and local public services are a crucial part of the quality of life our families experience.

The Executive recommends that the Labour Council: