Fighting Back Makes A Difference

The announcement this week by Premier Doug Ford that the Conservative government would reverse its plans to cut 2019 funds for public health, childcare, EMS and other services was welcome news. 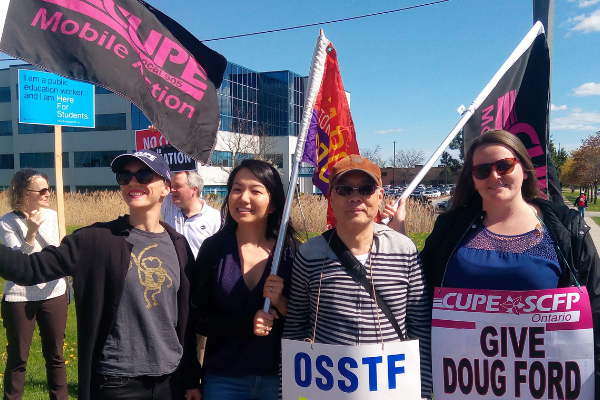 Those cuts, announced after municipalities had already passed their budgets, would have been devastating. The backlash from communities of every size included rallies, social media blitzes, door-to-door canvassing, and public statements from politicians across the province. In Toronto, Councillor Joe Cressy led a sophisticated campaign to show broad opposition to these policies, combined with focused pressure on Conservative MPP’s that included canvassing by Mayor Tory.

The lessons for everyone is that fighting back does make a difference. But the caution is also that this is just a tactical step for the Ford Cabinet. They not only saw their own popularity plummet, but the Conservative brand being tarnished in the lead up to the federal election. They are willing to defer the pain in order to help elect a Conservative Prime Minister – and then will be back with even tougher cuts.

“Everyone who took time to join a rally, send a message, or organize their neighbours during this struggle should feel proud of this collective victory. But nobody should let down their guard” says John Cartwright, President of the Labour Council. The Conservatives are still intent on cutting hundreds of millions from these services in the future, just as they are cutting nearly a billion dollars from transit operations in Toronto over the next decade. They continue to drive massive changes in education, take over Toronto’s subway system and sabotage meaningful climate action. The resistance against this destructive agenda must continue.

Today however we celebrate the fact that there is still enough democracy left in Ontario that people’s efforts can change the outcome of government’s decisions.