United Way Board of Trustees Strengthened by Labour Council Connection

On June 26, the enduring ties between the United Way of Greater Toronto and the Toronto & York Region Labour Council were reinforced with the swearing in of the new United Way Board of Trustees.  Labour Council senior organizer Mohammed Hashim joins the board, replacing outgoing trustee Lily Chang. 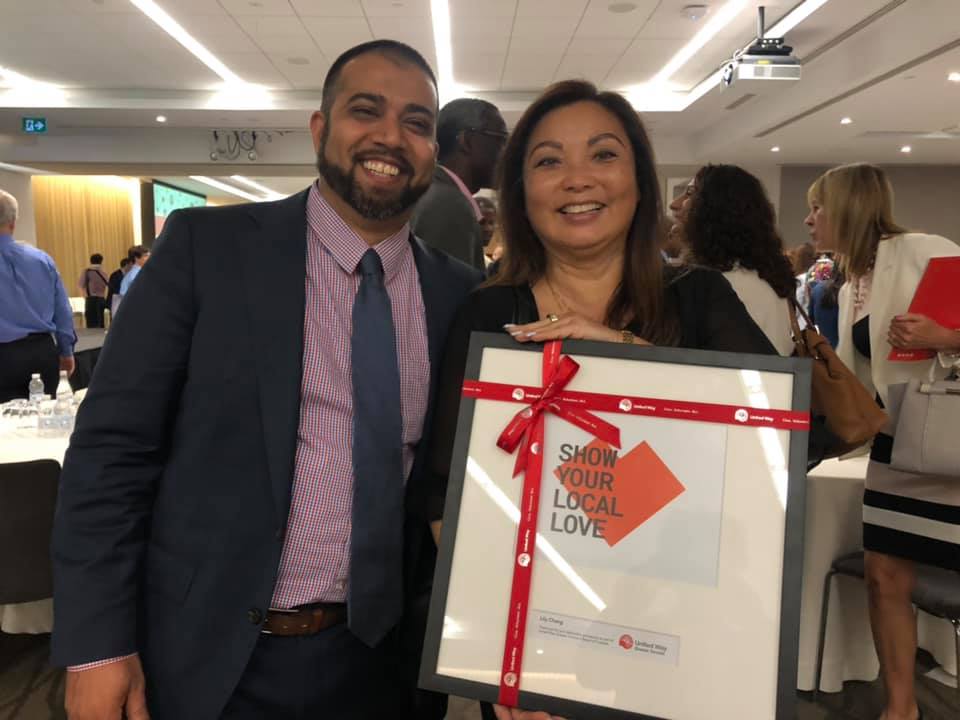 About his recent appointment, Hashim said that he is "truly honoured to join the Board of Trustees of the United Way of Greater Toronto today. It’s an organization that I’ve had a long history with and who’s mandate is one I fully would love to see fulfilled. I’ve fundraised for them, built partnerships, served on an agency board, helped develop poverty reduction strategies and so much more over the years."

He added that his new post reminded him of "all the kids who we served when I was with the Erin Mills Youth Center and how hopefully so much more can be done to help some folks get a leg up."

Outgoing trustee Lily Chang is a unit officer for CUPE Local 79 and also a Labour Council board member.  We thank her for her years of service with the United Way and for her ongoing commitment to anti-poverty work.

Our common values of social and economic justice are evident in the United Way's ongoing #UNIGNORABLE campaign, which puts a spotlight on local issues including poverty, hunger and homelessness.  The Labour Council continues to support the United Way's leadership and strategic vision for a thriving Greater Toronto.