As the actions of the Ford Conservative government bring the province to the brink of mass walkouts by teachers and education workers, anyone with a good memory knows we have seen this movie before. The Education Minister of the Harris Conservative government is notorious for his recorded statement shortly after taking power in 1995. 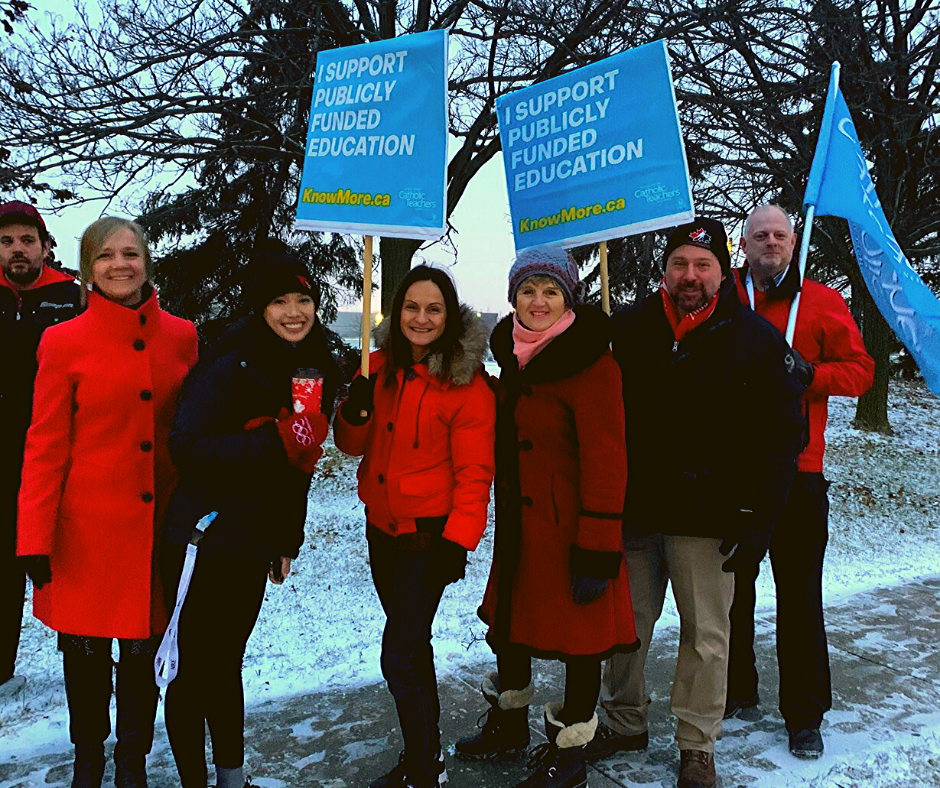 "Yeah, we need to invent a crisis. And that's just not act of courage – there's some skill involved. Creating a useful crisis is what part of this will be about."

That attitude ushered in eight years of turmoil in Ontario schools. There was a devastating impact on morale of school employees, waves of labour unrest, school closures, and a spike in the dropout rate of racialized students.

“A quarter of a century later, Minister Stephen Lecce is using the same playbook as Snobelen and Harris,” said John Cartwright, President of the Toronto & York Region Labour Council. “By imposing massive cuts to the education system in Ontario while bargaining in bad faith with education workers, he is setting the stage for years of damage and unrest.”

“Lecce’s latest offer to provide cash to parents for each day of missed childcare will be an administrative and fiscal nightmare. In his mind, perhaps, this is an “act of courage” with “some skill involved.” But for parents and communities across the province, it will be a cruel joke.”

On behalf of 200,000 women and men who work in every sector of the economy, the Labour Council calls on this government to immediately scrap all cuts to education, restore class size limits, and get back to the bargaining table to achieve fair and respectful agreements with the people who deliver education across this province.

Get more information and resources about the fight for public education at labourcouncil.ca/education