Toronto & York Region Labour Council expresses disappointment in the Supreme Court of Canada’s decision to uphold the Ford government’s slashing of Toronto City Council in the midst of the 2018 municipal election. 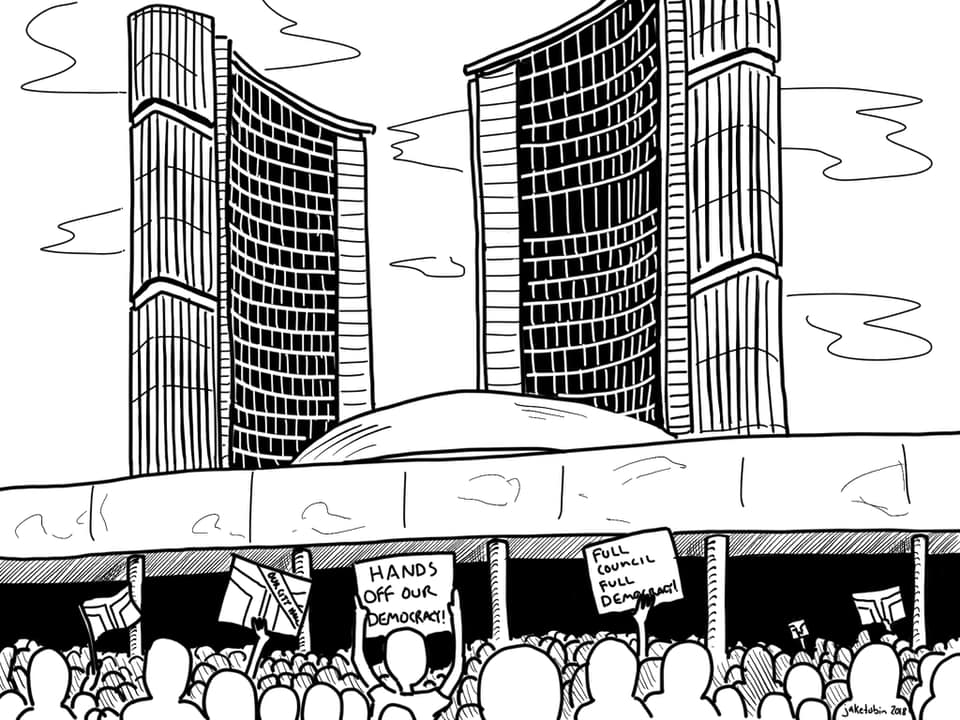 “Today, I am thinking of the regular Torontonians who have struggled to access councillors who are busy with double the number of constituents,” said President Andria Babbington. “I am thinking of the loss of civic engagement from dozens of council candidates in 2018, many of whom were racialized, female, young, newcomers, and who lack the social and financial capital of established candidates. Looking ahead, I am concerned that this government will be emboldened to again interfere with local democracy.”

On October 1, the Supreme Court of Canada issued its ruling on the question of whether the Ford government’s drastic 2018 cuts to Toronto City Council were constitutional. The 5-4 split decision upholds the constitutionality of Bill 5, which cut council back from 47 to 25 seats with no warning.

The Ford government’s hack-job forced many candidates to either compete with each other or drop out entirely. The move caused chaos and confusion for Toronto residents, and continues to have repercussions in more limited representation today.

“We must do everything in our power to expose Ford’s betrayals so he does not win re-election in 2022.  He continues to trample on our democratic rights, on our labour rights, and on our communities with no hesitation. Next June, working people will make it clear that we’ve noticed, and we won’t take it sitting down,” Babbington said.