Response to the 2022 Ontario Election

At the end of election night – June 2nd, 2022 – the counting was over and the Conservatives will form a majority government, with the NDP as official opposition for the second time.

The Toronto & York Region Labour Council congratulates the nine Toronto NDP MPPs who were re-elected and newly-elected, and thanks labour-friendly candidates in Toronto and York Region who fought a good battle for progressive change. 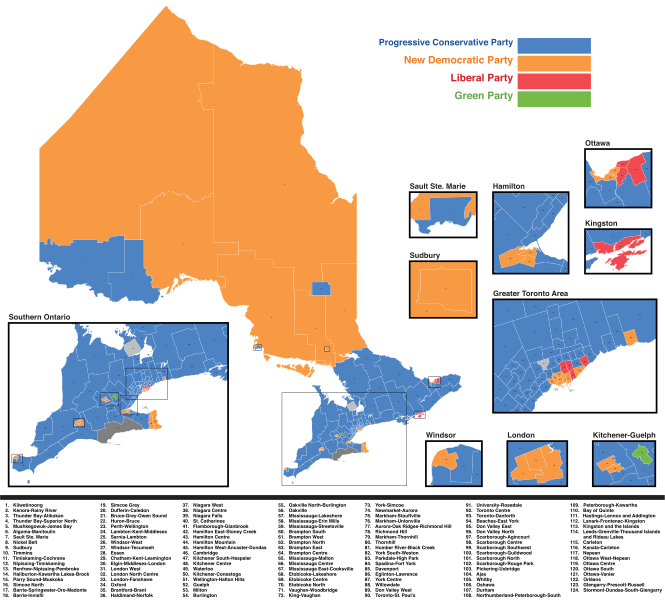 The Conservatives won with only 41% of the vote, after the lowest turnout of any provincial election in Ontario. This is not a strong mandate for taking reckless steps. We hope they respect this and we are prepared if they don’t.

With the election behind us, and after weathering COVID to date, we hope for a summer we can enjoy with family and friends, not a repeat of the turbulent summer of 2018 that followed the last provincial election.

But first, with voter turnout at a historic low, let’s talk with our members to learn what motivated their vote this year. Did they vote – how? Why? Or why not?  Let’s take some time for reflection. After that, we must develop ongoing plans for member engagement.

And let’s keep our eyes open. One reason Doug Ford was re-elected is because he says he is a friend to workers and unions. This remains to be seen. Many of the Conservatives’ key supporters are corporations who are not friendly to workers. They are expecting employment and economic policies that make their businesses more profitable.  They will exert a lot of pressure to get their way.

This is not the first time that Ontarians have experienced a Conservative-led government in succession. Working people have led and won in spite of the odds against them through organizing and building grassroots activism. When we fight together, we can win economic, social, racial and climate justice.  Solidarity!