In Her Own Words: Attasha Jordan on Tackling Food Insecurity in the Black Community

Attasha Jordan is the President of OPSEU Local 510 and a member of Labour Council’s Equity Committee for the 2020-2022 term. She sat down with Skylar Maharaj to chat about how she has leveraged her union involvement to boost her volunteer efforts in addressing food insecurity in the Black community. 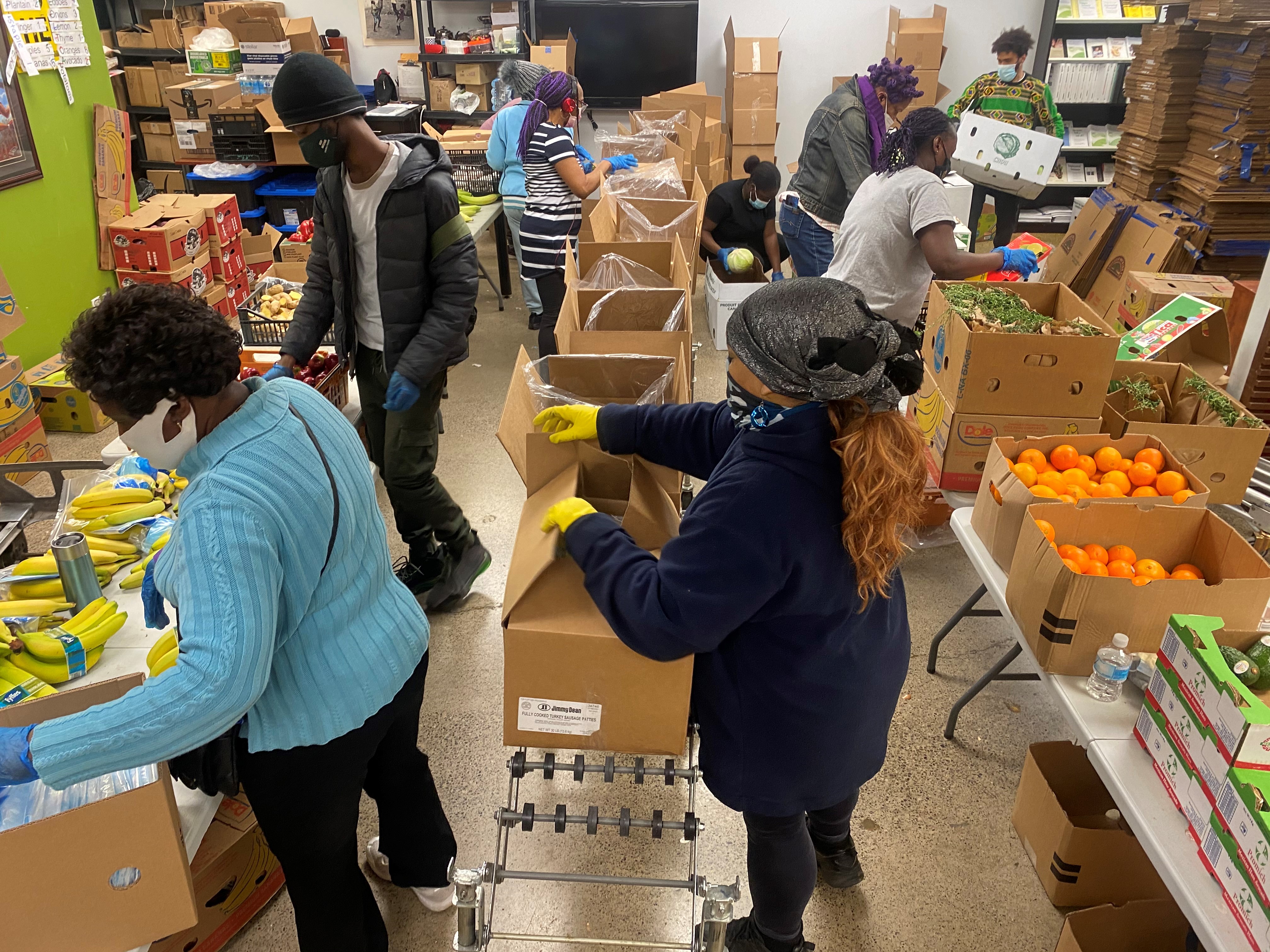 Skylar Maharaj: Tell us about yourself. Where do you work? Anything else you want to share?

Attasha Jordan: I’m a mom, a sister, a partner. I’m a lifelong learner, and a creative being. I’m a doer.

I work in the Ontario Court of Justice, at the family courthouse and small claims court. I’m the president of OPSEU local 510, representing over 100 members.

At OPSEU, I sit on the Coalition of Racialized Workers as Treasurer, I’m the alternate for the Women’s Committee, and the delegate for the Human Rights committee.

SM: Your equity work extends to volunteer efforts in the broader community. What can you tell us about your work in the area of food insecurity?

AJ: It’s odd for me to say that it’s a personal passion, because I wish I didn’t have to do work in the area of food insecurity. It’s very sad. It’s sad that it affects racialized homes three times more than an average home. And it’s important to me because I am a survivor of that. My lived experience growing up was going to all the after-school programs in the community.

As a first generation Canadian that migrated here with my mom after she came ahead of me, she put me in all those programs. And at the time you don’t really think much about it. But I recall, at times I got to eat because of the generosity of other people.

I’ve never gone to a food bank, but it’s something that I learned about later in life. And I recognize that our community, the African-Black-Caribbean community, they kind of shun the food bank. And not because we don’t need the items there; it’s because of how we were raised. It’s our pride that gets in the way, in a sense. Because what happens at home stays at home, and you’re not supposed to share those things.

SM: So it’s the stigma of accessing a charity?

AJ: Absolute stigma. I’ve heard several times growing up, if you go anywhere and even if you’re hungry, you don’t accept anything. And the older I got, and started participating in these union activities, I started seeing first-hand how badly we are impacted by this.

The social determinants of health is something that I’ve learned about and came to understand in the work that I was doing with one particular charity as COVID hit. Before COVID, I was trying to decide, in my role as a Human Rights delegate, “What do I want to do? Where do I want to land and how do I want to help people?” And then COVID hit, and a lot of people I knew were being faced with eviction. It then became clear that the more pressing issue was, “Yes I know I’m being evicted, but I don’t have food. I have to choose between paying my rent and food.”

So I paired my efforts with Black Food Toronto because I've personally benefited from this organization prior to COVID. They wanted to make sure that the community had access to fresh, culturally and ethnically specific produce. To help you be your best self, because it starts there, with having good food so that everything else can fall into place. When you’re not hungry, you can focus, you can pay attention in school, you can go out and get a job. It’s connected to so many different things.

So when I had the opportunity to use my platform, I said, “There’s so many people right now that need help with food. We have to do something.”

“It started with me reaching out to my union to borrow a van.” 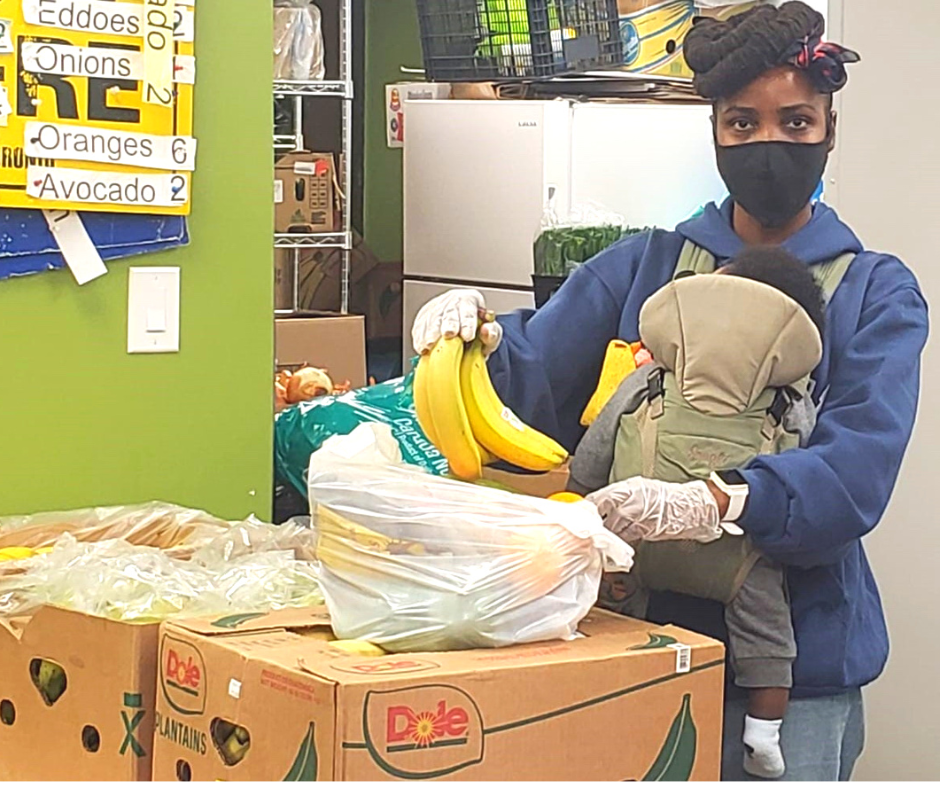 A simple ask. No one was using it, COVID had happened, we’re shut down, everything is closed. “Can I use this van to help this organization deliver food? It’s going to save the organization from renting an additional van and that money can go back into buying food, which is the goal.”

They said, sure, no problem. A small ask for a few weeks turned into the year.

Here I was, driving produce to all over Toronto. I was working at the time, I was pregnant, I was driving, picking up the van, doing deliveries…I literally drove until I could not drive anymore. But we did it!

I was so proud, driving the OPSEU truck and delivering, because when people see you and then they ask that question, “why does OPSEU have an interest?” I get to say to them, “Because we all matter. This is a human effort. You don’t have to be a member of OPSEU for OPSEU to care.

And that’s what makes me grateful for OPSEU. Because they don’t dictate what you have to do. They allow you the autonomy to say, “this is an initiative that's important to me. This is how I feel I can make a difference. How can you help me?” And they provide you the resources so you can go out and make a difference. Since then, in addition to the van, OPSEU has given me well over $17,000 that has gone directly into supporting these members, not just with food, although primarily. But we also asked people what they need.

From this initiative we launched what I call Shared Closet, which pairs people with items that they need. And union brothers and sisters stepped in with donations.

I think it made a big difference for these families to see our faces giving and supporting. Because a lot of times, they are going somewhere and they may feel a lack of dignity if that person doesn’t get their cues, doesn’t understand, or inadvertently makes them feel bad. And this whole thing for me was just trying to give back that dignity.

SM: What’s one thing you want to leave the labour community with?

AJ: Sometimes, food banks just don’t have food that’s reflective of the diet that [Black and/or immigrant people] are used to. When we’re giving, we can think about culturally-specific food we can provide to these food banks.

And just restoring that dignity. Allow [marginalized people] an opportunity to be vulnerable. Sit in the silence with them. Don’t ask somebody to over-explain their lived experience. If you’re going to be an ally, just sit in the silence and allow that person to unfold in their own natural way. A smile goes a long way.