TransformTO and Getting to Net Zero

We have supported TransformTO since the beginning. Climate change is the single greatest challenge of our time. It is already affecting the lives, livelihoods and health and safety of workers in Canada and around the world. 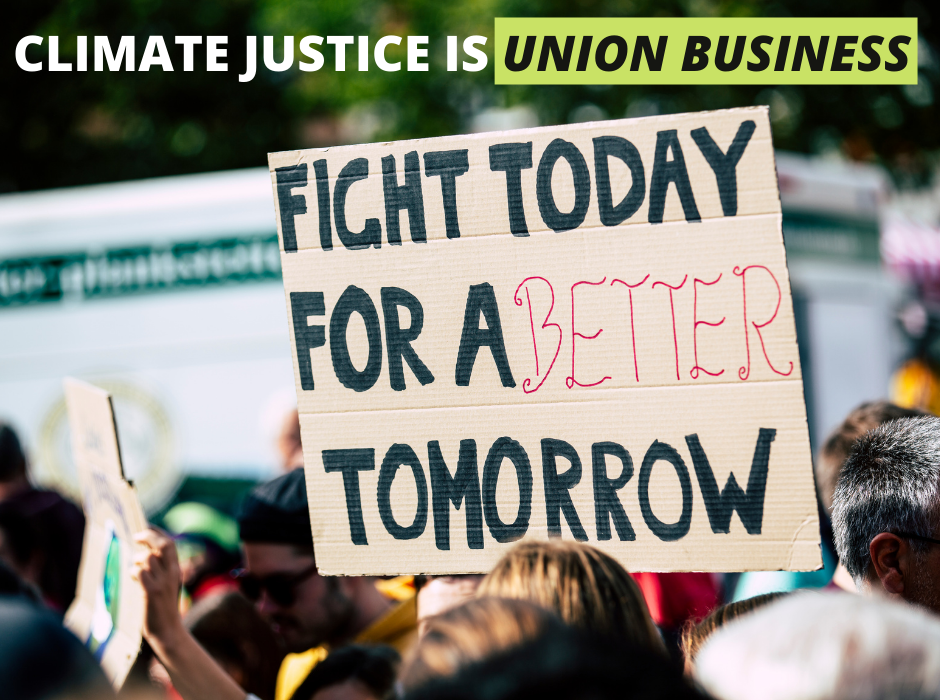 We are in a climate emergency – which the City of Toronto recognized in October of 2019, shortly before the pandemic hit. Addressing this emergency is urgent work for the union
movement.

We write in support of IE 26.16: TransformTO - Critical Steps for Net Zero by 2040 and its recommendations. The report is well written and provides for real ambition by the City of Toronto to play its role as Canada’s largest city in addressing the climate emergency.

We agree with all of the recommendations, and hope the time and money will be invested in bringing it into reality. Toronto’s unions will support the City in lobbying senior levels of government to provide the funds and legislative tools required to achieve our commitments to the Paris Agreement.

But we have a key proposal to strengthen the plan, which is to incorporate the role of working people and their unions in this journey to sustainability.

Labour Council Executive Assistant Susan McMurray gave an oral deputation to the Infrastructure and Environment Committee on December 2. Watch her 3 minute deputation below.