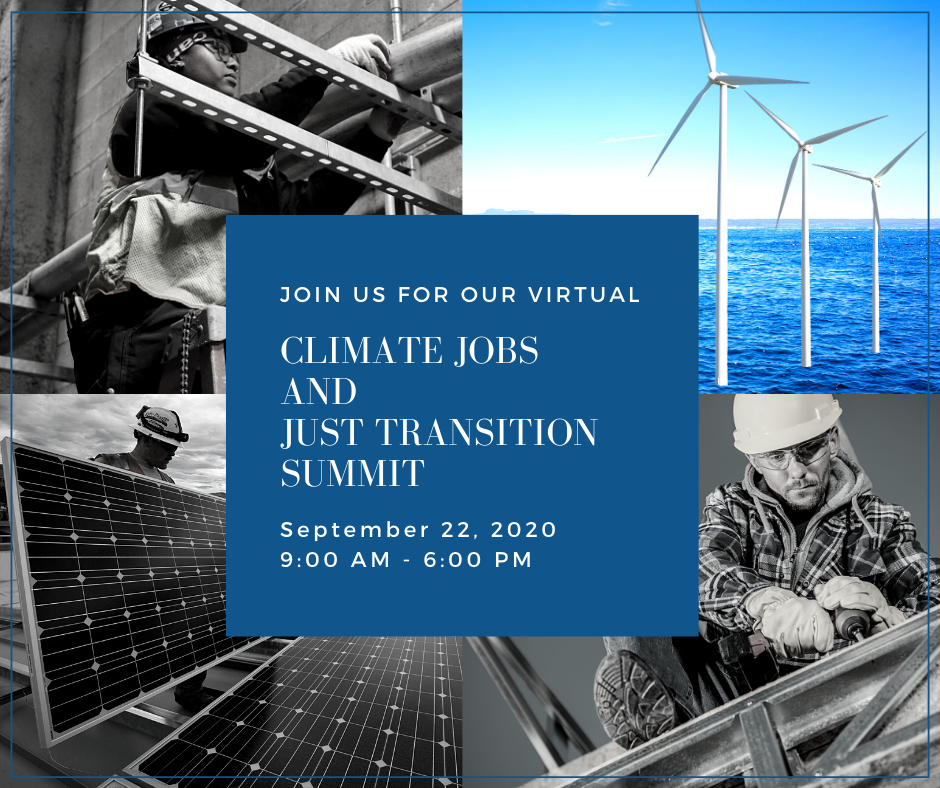 Join our President John Cartwright at the virtual Climate Jobs and Just Transition Summit will bring together labour leaders, union climate activists, environmental and environmental justice advocates, clean-energy developers, policymakers, scientists, and anyone who wants to build the clean-energy economy of tomorrow with good union jobs. Convening during Climate Week NYC, the Summit will feature speakers and panelists from around the country and around the world.

Participants can sign up for the full Summit or pick and choose what subjects or speakers you find most interesting.

Sessions will talk about the ways that climate change and inequality are inextricably linked, dig into specific opportunities for bold climate action and building new industries, and engage in a holistic discussion about just transition for workers in fossil fuel industries and their communities.

At a time that calls for public investment on a scale not seen since the Great Depression, let’s make sure that we’re investing in the economy of the future. Let’s make sure we take action at a scale climate science demands. Let’s make sure that we take on three crises at once: the Covid-19 pandemic and resulting economic crisis, the climate crisis, and the crisis of extreme inequality that cannot be ignored.