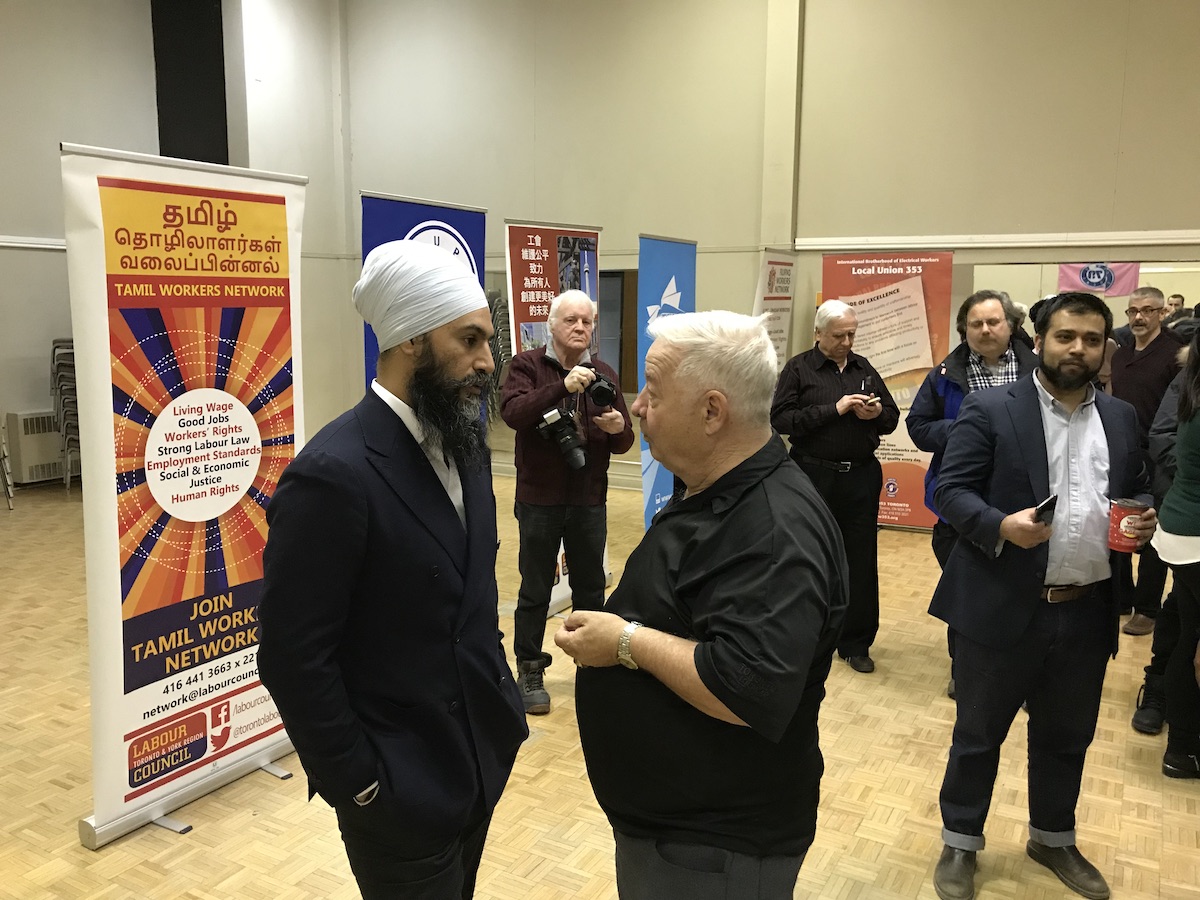 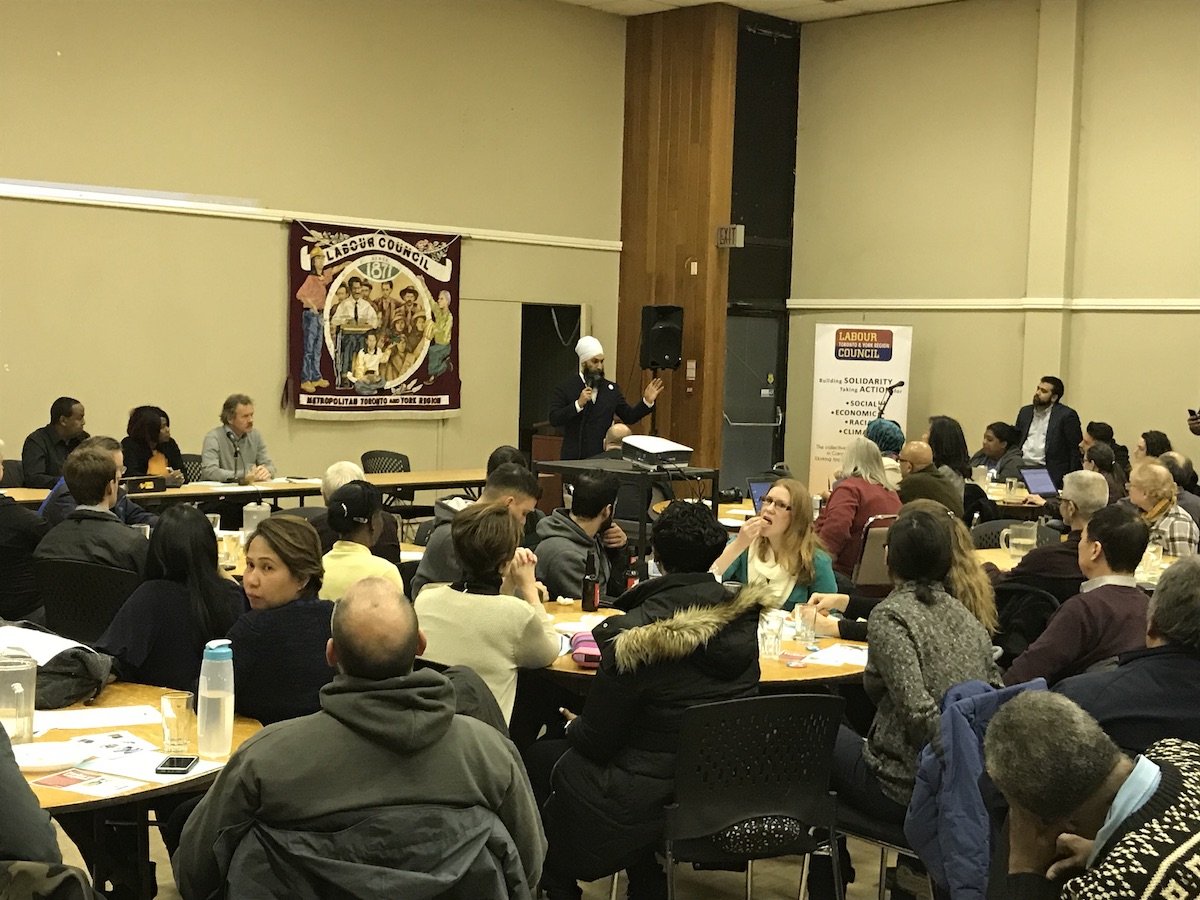 Delegates also heard from Carlos Santos, President of ATU Local 113 whose members joined the Transit Day of Action a week ago by wearing “Don’t Steal Our Subway” shirts over their uniforms. Labour Council is working with ATU, CUPE, TTCRiders and others to challenge the plan by the Ford Conservatives to take over Toronto’s subway system.