On October 7, 2021, the Toronto and York Region Labour Council adopted a statement in support of Global Gig Workers' Day. 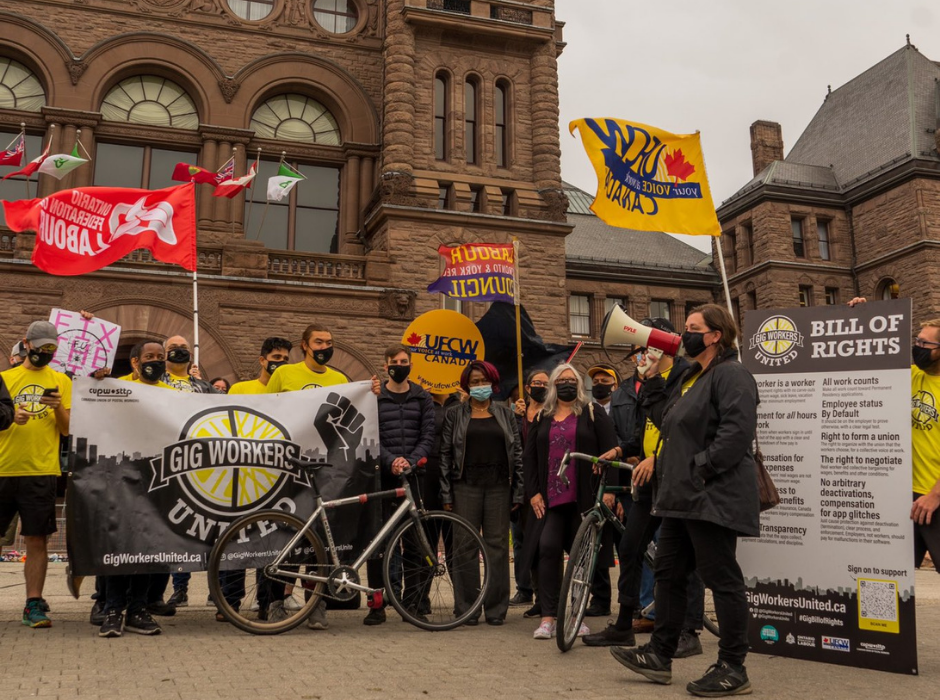 The Ford government has shown that it is ready to attack the rights of Ontarians, whether it is democratic rights – as illustrated by Bill 5 which slashed the size of Toronto City Council in 2018. And they are willing to attack workers’ rights – clearly demonstrated by the announcement on October 7, 2021 that they will reduce money available to injured workers by giving up to $3 billion in WSIB premiums back to employers.

Gig workers are essential workers during the pandemic, helping move people safely and keeping the restaurant industry afloat, yet they are denied basic rights at work available to all other employees. This past summer, the Ontario government set up an advisory panel to look at the “future of work.”  It ran for less than seven weeks and did not include any workers. This government's intent is to help their corporate friends by legitimizing the misclassification of gig workers.

October 7th is World Day for Decent Work. Gig workers are taking action to demand #MakeGigWorkDecentWork. Together, they created a Bill of Rights that outlines what minimum rights our governments must guarantee to ensure fairness and non-discriminatory treatment for gig workers.