Racism on the Front Page

The world was shocked and outraged to see the murder of George Floyd by a Minneapolis policeman carried out while onlookers pleaded for his life. The words “I can’t breathe,” which marked the dying breaths of Eric Garner in New York in 2014, were repeated by George Floyd as the policeman’s knee crushed his neck. 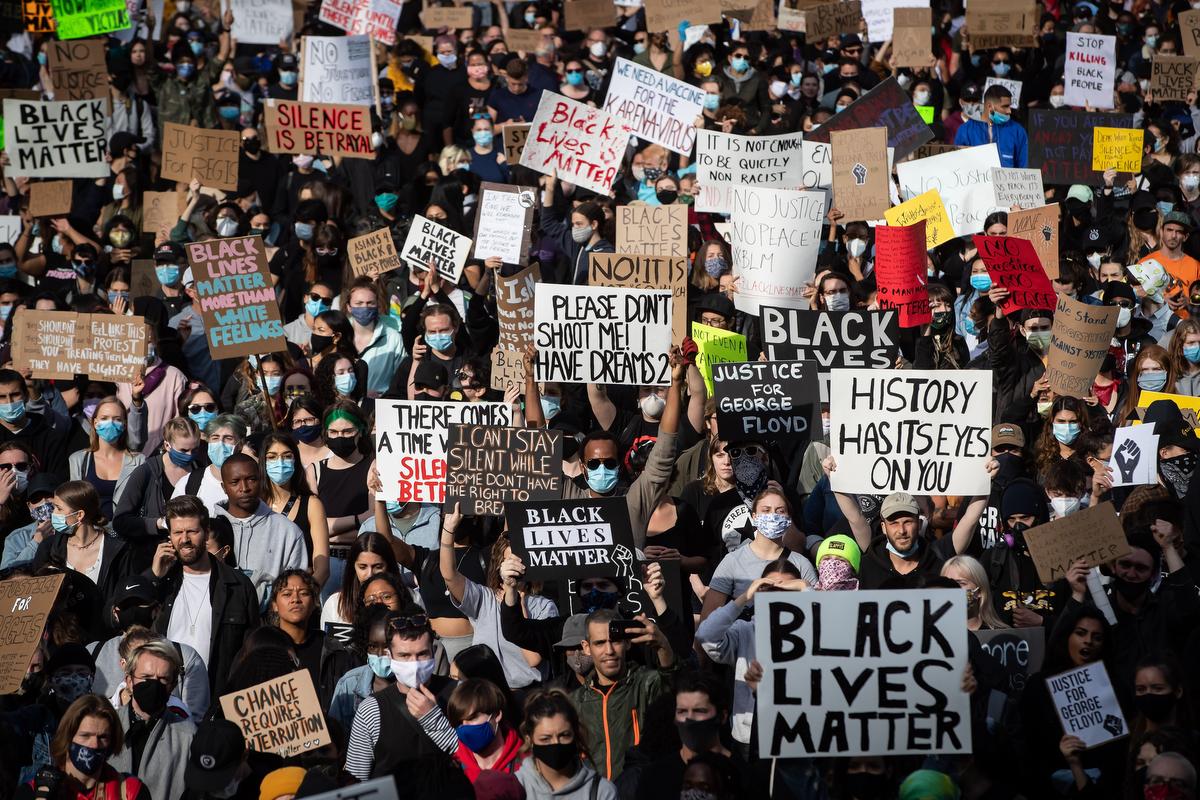 Racist killings have been a constant reality in the United States, including Ahmaud Arbery and Breonna Taylor in recent weeks.  As people’s rage is reflected in the streets, President Trump pours gasoline on the flames of hatred and injustice. And while most Canadians watch in horror and disgust, we all have to understand that there is also a reality of anti-Black racism in our country that must be addressed.

In 2017, Labour Council’s submission to the Anti-Racism Directorate pointed to the deaths of Andrew Loku and Abdirahman Abdi in Ontario at the hands of police, and sadly there are more recent examples. The submission called on “the Directorate to develop a plan of immediate action to require full accountability of police; to require extensive anti-racism training of all police officers; to eliminate carding of people of colour; to establish new norms for dealing with people with mental health issues; to require police officers to co-operate fully with SIU investigations (and to have an independent SIU that reports to a civilian authority)”.  It recommended the document Saving Lives: Alternatives to the Use of Lethal Force by Police published by the Urban Alliance on Race Relations in the year 2000.

Against that background, the death of Regis Korchinski-Paquet in Toronto adds to the deep concern felt within the Black community about police interaction and personal safety. Thousands took to the streets of Toronto last weekend expressing solidarity and grief, and demanding answers. Black mother and fathers are struggling to cope; they are frustrated, they are tired of calling out and finding no answers. Nobody can blame members of the Black community for losing trust in the systems and institutions around them.

With these issues so clearly on the front page, all of us must demand real change, acknowledge the existence of anti-Black racism and be ready to confront it. It is important to recognize that as human beings we don’t all start from the same place – we have a high level of inequality including the racialization of poverty and exploitation due to the colour of one’s skin. It is incumbent on those of us who are not Black to grapple with tough questions of relative privilege in Canada and our world.

Every single day families are harmed as prejudice is perpetuated through structural and institutional racism – the criminal justice system, the education system, governments, news media and through many other facets of society. For there to be any change we must combat discrimination together and fight to break down oppressive systems. Today people are fed up with reports and studies – they want a plan that is actionable and intentional.

We do not have to invent that plan – it has been laid out clearly year after year. That was the goal of the Toronto Joint Committee on Human Rights when it was founded in 1947. It has been outlined by Black community leaders in explicit demands of public bodies including schools and police services to address systemic racism. It was detailed in our hard-hitting submission to the Anti-Racism Directorate.  It was why we created the “Leaders Guide to Strengthen Unions – Moving Beyond Diversity…Towards Inclusion and Equity” in 2014. And it is the goal of the “Yes it Matters” campaign we have asked affiliates to undertake last year.

To deepen solidarity in the labour movement and defeat the politics of division, we will challenge both ourselves and others to ensure that fighting anti-Black racism is central to our practice, and is upheld by the many organization and groups we work with in greater Toronto.

Labour Council has produced a number of resources that include actionable, intentional advice for individuals and organizations to address systemic racism. See the Equity page to access the Yes, It Matters campaign, our Equity Guide, the Charter of Inclusive Workplaces and Communities, and more.