UNDPAD - A National Conversation with Labour 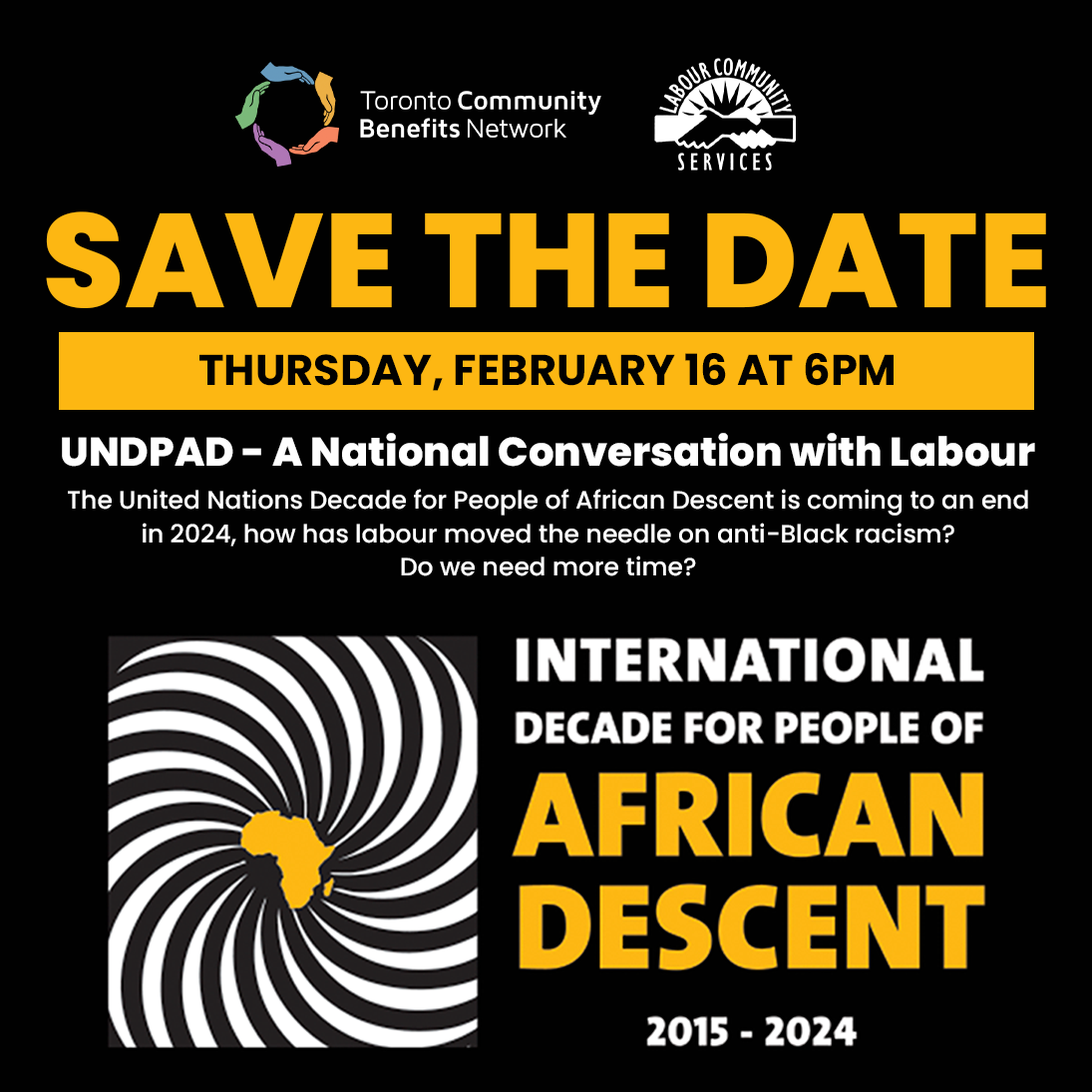 The United Nations Decade for People of African Descent is coming to an end in 2024, how has labour moved the needle on anti-Black racism? Do we need more time?

Please join Toronto Community Benefits Network and Labour Community Services for an evening where we will hear from experts from both Labour and Community discussing how the first 8 years of the Decade for People of African Descent has progressed and consider where we need to focus going forward.

When: February 16, 2023 at 6:00pm - 8pm
Where: Virtual
RSVP: Visit here.
Toronto & York Region Labour Council President Andria Babbington will be one of the guest speakers.
╲╱