Toronto & York Region Labour Council, with affiliated local unions and friends of labour, took to transit stops across the GTA on Friday morning to share the message that workers are concerned about the climate emergency and support the efforts of young people worldwide calling for real climate action. 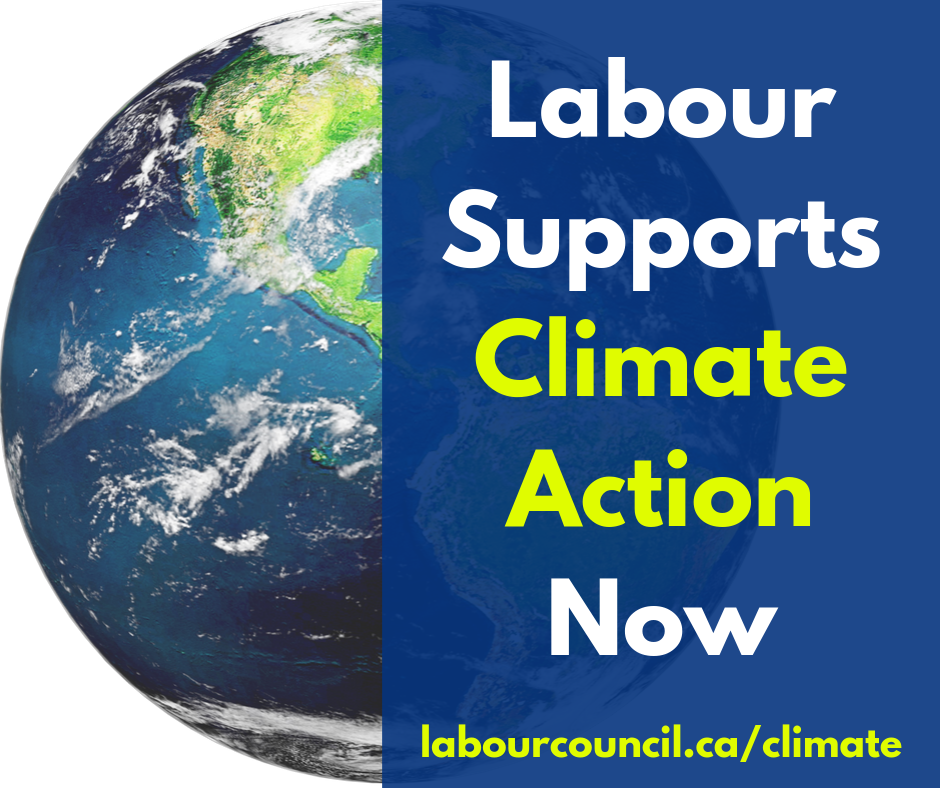 At 25 stations and stops from Brampton to Scarborough, workers distributed over 20,000 leaflets to commuters between 7:30 and 9:00 am. The leaflets, printed on 100% recycled paper, share a clear message from workers that we need climate action now.

“Working people are affected by climate change in many ways, whether they have come to Canada through forced climate migration, are dealing with a flooding basement, or are worried about the future of their job in a changing economy,” said Labour Council President John Cartwright. “We know that there are no jobs on a dead planet, and so it’s crucial that we take action immediately – with workers at the table – to make a plan to reduce carbon emissions.”

Friday morning’s action is part of a larger campaign for Climate Justice by the Labour Council. Also on Friday, the Labour Council was part of a group of civic and environmental organizations that released a joint statement, “An Open Call to Toronto City Council: Declare a Climate Emergency and Commit to Accelerated Action” (link below).

Cartwright partnered with a corporate climate leader, Lush Cosmetics, to release an op-ed under the company’s ethical campaign to address the climate crisis. The partnership demonstrates how labour and progressive businesses can come together around climate as an issue of shared concern. Labour Council has been encouraging its affiliates to initiate joint labour-management environment committees to help move workplaces towards a low-carbon future.

Next Friday, September 27, Labour Council and many affiliates will participate in the youth-led Rally for Climate at Queen’s Park.  Labour Council acknowledges and values the student organizing and advocacy involved in making this event happen and stands in solidarity with all who call for good jobs, healthy communities, and climate justice.

The Toronto & York Region Labour Council is a central labour body that combines the strength of local unions representing 200,000 women and men who work in every sector of the economy.